A recently slain cop joins a team of undead police officers working for the Rest in Peace Department and tries to find the man who murdered him. Based on the comic by Peter M. Lenkov. 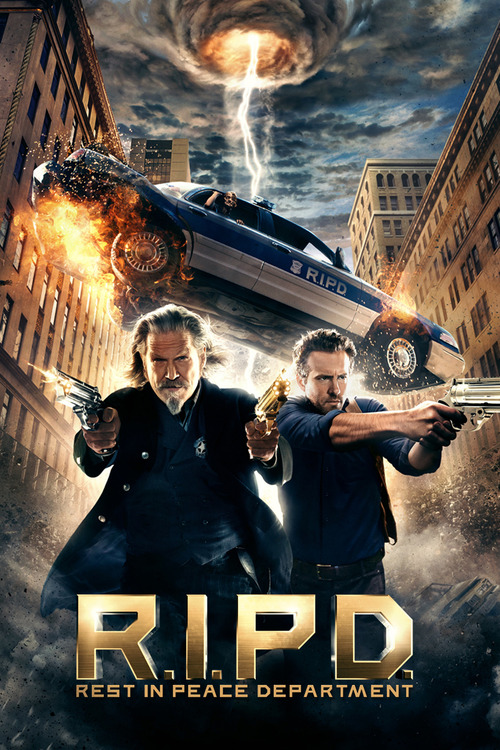 I didn’t think this was anywhere near as terrible as people made out at the time.

Some obvious comparisons with MIB (which has not aged as well as you think, guys) but it mostly made me think of the terrible, terrible Ghostbusters update.

This is also stuffed with shonky CGI and is not taking itself seriously at all. And, actually, has a very similar plot, now I come to think about it.

However, unlike Ghostbusters, this actually made me laugh. Several times. I feel like Jeff is drawing very strongly on Rooster here, who also drew many chuckles from me “That didn’t pan out.”

RIPD certainly entertained me on a wet afternoon.

I’m really not sure if this is “a bit racist”. Roy certainly mentions “Injuns”, which now seems very dated. But the whole “Chinese grandpa” thing? Surely, you would be unhappy to spend a 100 years looking like ANYONE you deemed to be “less attractive” than your former self? I guess the joke would have worked as well if he had just been an old white guy? I dunno. The Chinese thing certainly makes them look more incongruous as a pair 🤷‍♂️